I spent a large part of the conference sitting at the info desk, being annoying to Patrick about stuff that didn’t work as I wanted them to in regcfp. He’s such a gem, accommodating our demands without complaints, but he’s also quite overworked. Did you know you can help and become one of our lovely sysadmins? We have an apprenticeship programme!

I’ve also been giving a hand here and there with the organization. Considering I live really close and had prior experience, I was part of the team, albeit less involved than the locals. When the time came to actually run the conference, I tried to be generally useful and made myself available.

I didn’t attend that many talks.

I was obviously part of the Foundation AGM, first because I gave the translation team report, then as a member of the board in our Q&A session.

“Reworking the desktop distribution” on the second day was my first talk. Owen shared with us the plans for an ostree-ification of Fedora Workstation to turn it into Atomic workstation. That looks very much like the post-distribution world I’m waiting for, so I was happy to see someone working on this.

The “Documentation: state of the union” is that some work was done writing and fixing documentation, but we really need new contributors to compensate for established ones moving on to other things. The topic of automated screenshots came up again. This is something I would like to see happening, but we need someone to implement it. As Kat said at the end of her talk, the documentation people are a friendly bunch, so come talk to us if you think you can help (tihihi).

Shaun invited us to “Build all the docs in Pintail”. The generator is able to fetch sources in various places and formats to build a single website. The only thing missing for GNOME to adopt it for its documentation website is translation support.

For the next three days I mostly sat with the friendly bunch.

I also joined the discussion around upcoming changes in Nautilus and was rather impressed with the mockups Allan showed us.

Jeff the Canadian cat accompanied me to Schlosslichtspiele (castle light show). Several short projections (roughly 15 minutes each) were shown. These were made by international groups as part of a contest. My favorite one was the one hinting at the collection contained inside the castle and showing where each piece was stored. 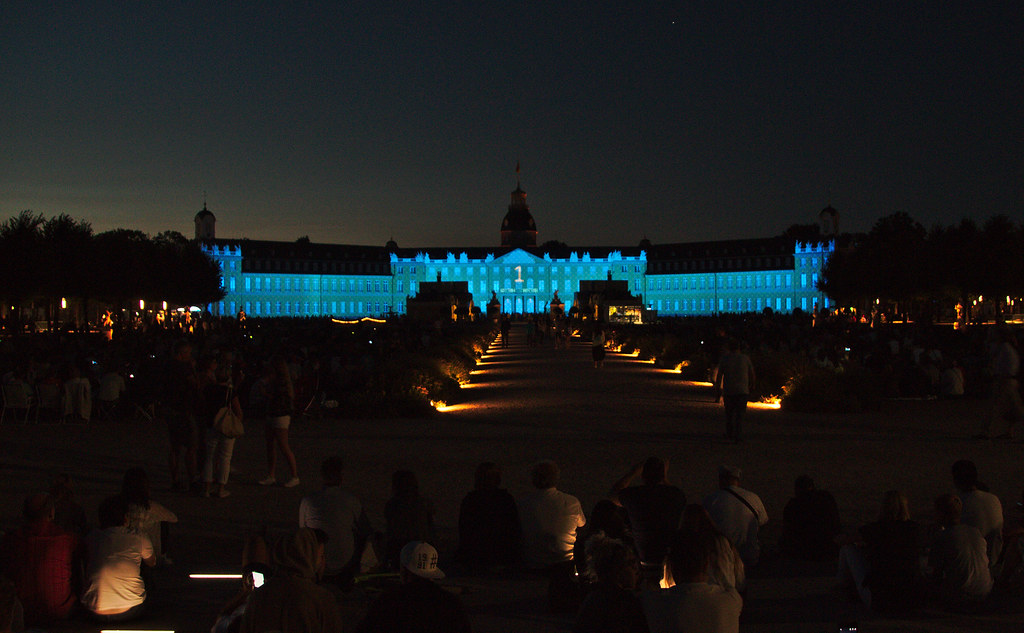 One of the social events brought us to Fasanengarten, a nice and large park that is part of the University campus. 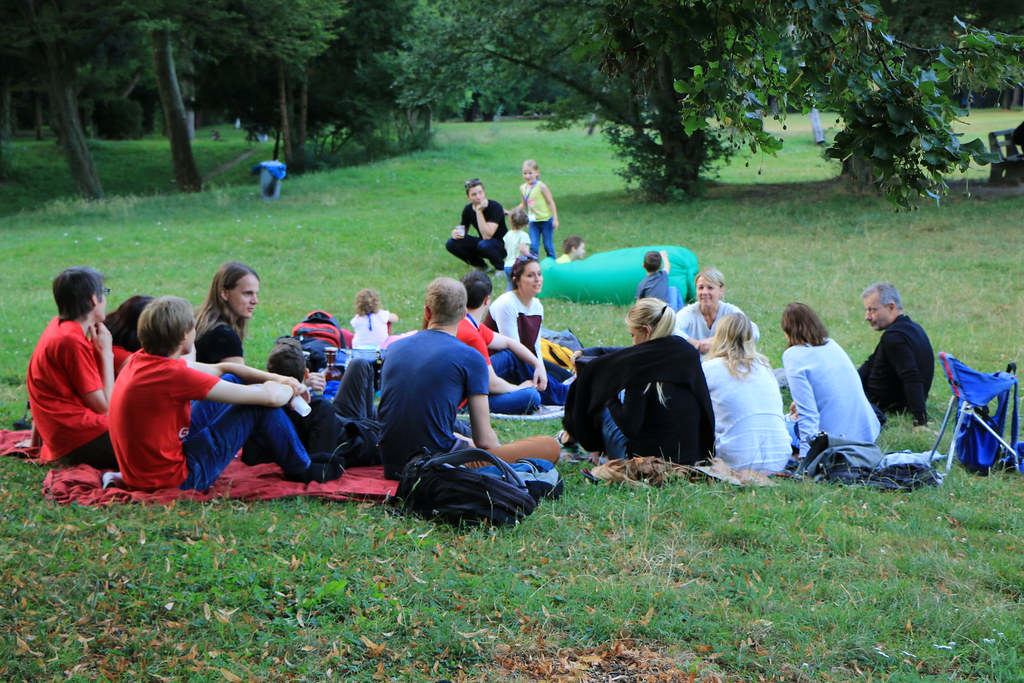 Picture of the picnic by Jonathan Kang, CC BY NC SA.

The city sits at the bottom of a 28m high hill called Turmberg (“tower hill”). The locals took a few of us to a hike there. The weather was clear and we had a nice view of the Rhine Valley. 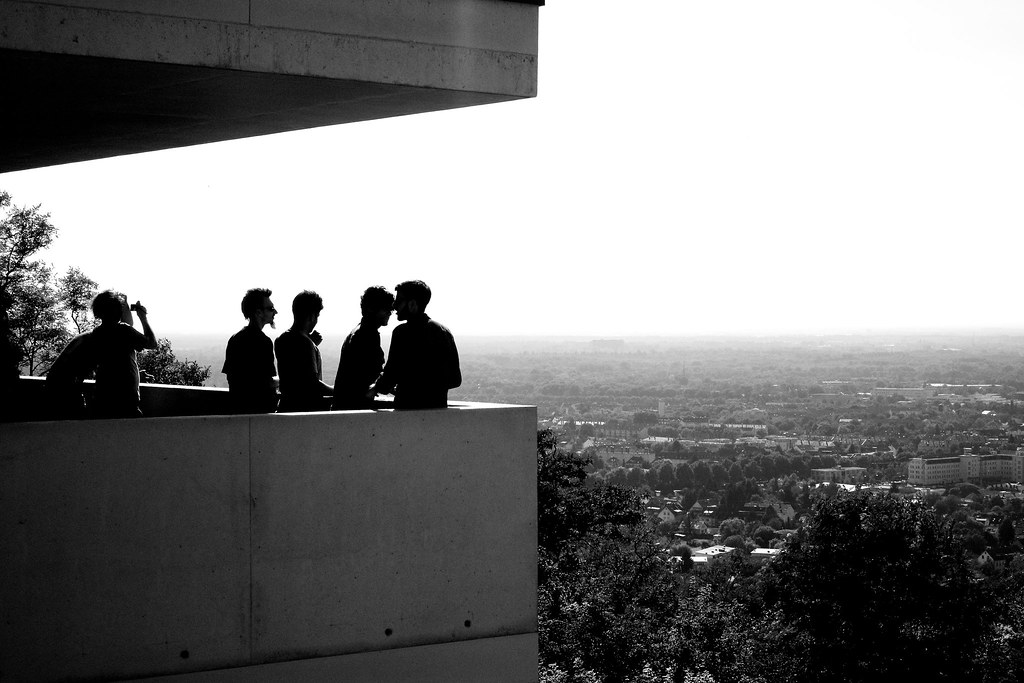 Picture of our hiking party by Jakub Steiner, CC BY SA.

If you ever stay in the city, I recommend taking the time to get up there. If you are not able or willing to walk, there’s even a train that you can take. 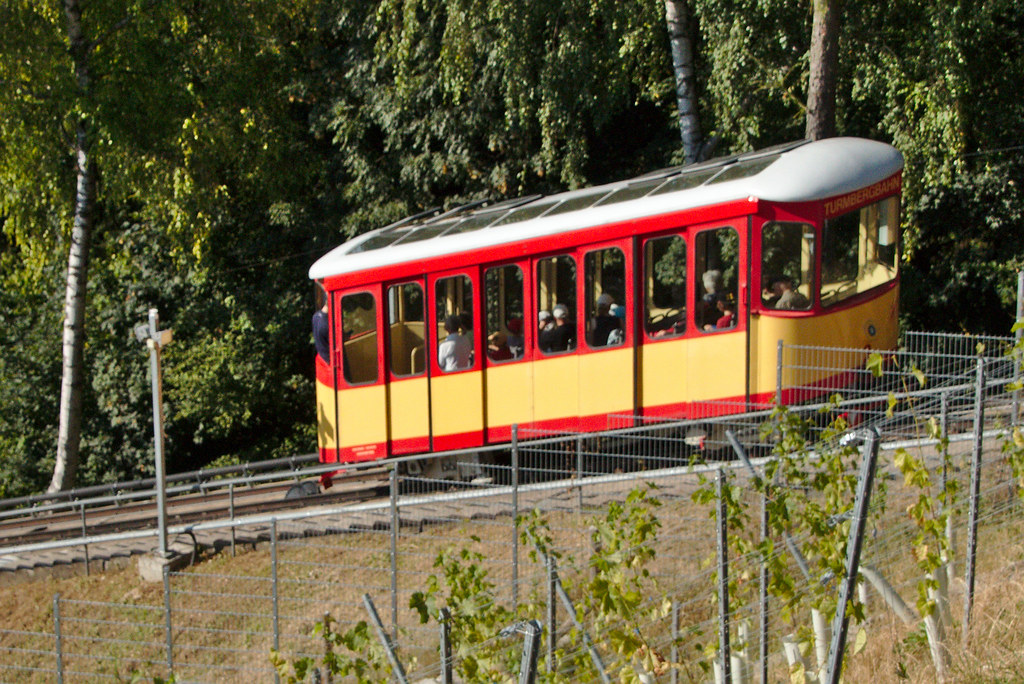 Heading back home and on my way to the train station, I walked across the Tiergarten (zoo) which was on the way. I went on a bridge that allows one to get straight from one side to the other without having to pay admission, useful if you don’t have time for a real visit and just want to wave goodbye to the elephants before you leave the city.

As usual GUADEC was good fun and I already miss everyone.